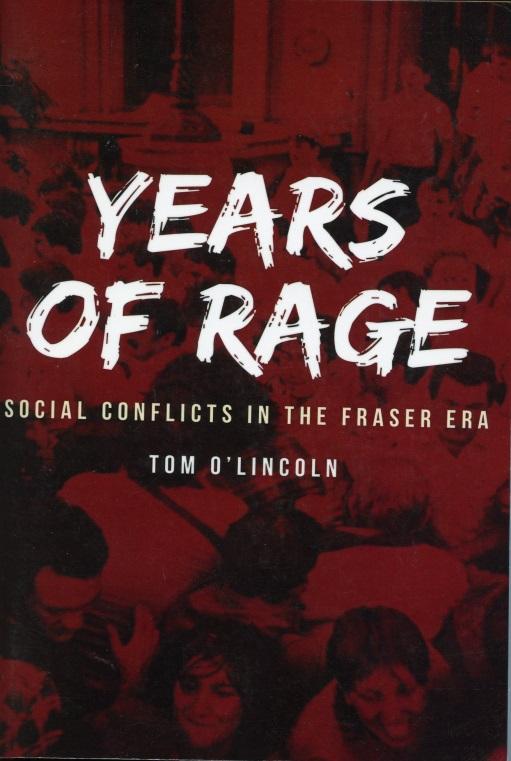 Years of Rage: Social Conflicts in the Fraser Era

It's 1975 and Malcolm Fraser makes his ruthless grab for power. Workers resist, opening up seven years of bitter class conflict.

Years of Rage analyses the crisis into which Australia plunged under Whitlam and outlines the responses from politicians, capitalists, oppressed people and above all the organised working class. From the upheavals of the Constitutional Crisis through the strikes in defence of Medibank and on to the 1981 "wage push", Tom O'Lincoln traces the industrial and political struggle.

He complements this with studies of social movements against oppression, unemployment, environmental destruction and war. Joh Bjelke-Petersen's crisis-ridden state of Queensland gets a chapter of its own, as do major debates on the left. The book shows how the exhaustion of the two sides after years of unrest set the scene for a Hawke Labor government which replaces Fraser, yet brought nothing but disappointment to his opponents.

This is a partisan, Marxist history which takes sides on every issue, reserving its sharpest barbs for capitalists and establishment politicians, and those labour leaders who assist them. The author's sympathies lie with the militants and activists fighting for a better world. And underlying the historical account is an argument for the revolutionary politics needed to win that fight.