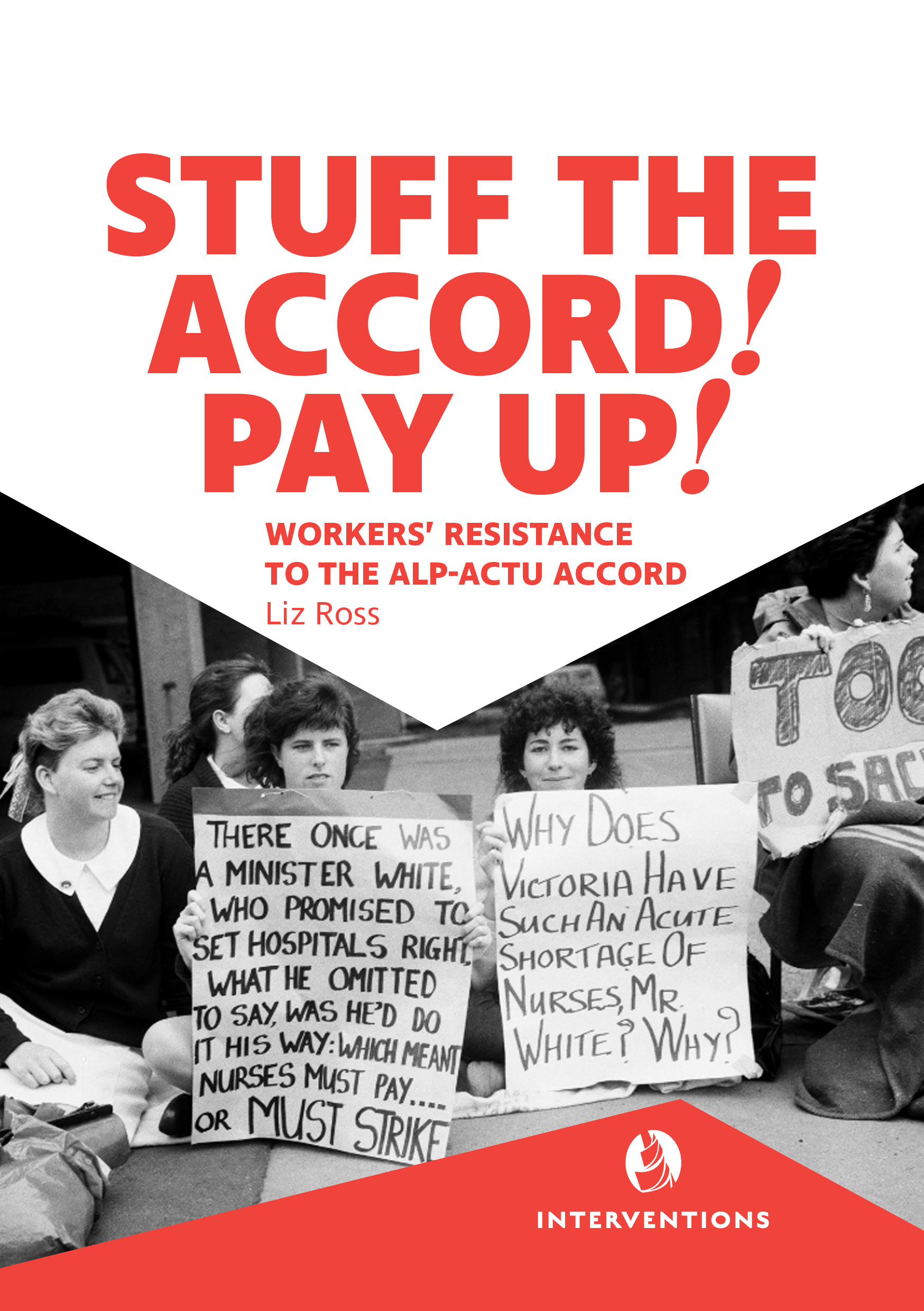 Stuff the Accord! Pay up!

Workers' Resistance to the ALP-ACTU Accord

This book deals with the 1983-1996 ALP-ACTU Accord and outlines how workers fought back against the attacks on their wages and conditions, their jobs, their unions and their rights.

The Accord was a landmark program of restructuring Australian capitalism, a social contract between the union peak body, the Australian Council of Trade Unions (ACTU) and the social democratic Australian Labor Party (ALP). Earlier the AMWU's Laurie Carmichael proclaimed that the Accord was "the pathway to socialism". It was far from that. It pitched worker against worker, destroyed two unions, oversaw one of the greatest transfers of wealth from workers to employers, gutted union membership and the gains of previous decades.

While the Accord is generally portrayed as being welcomed by workers, in truth it was an agreement between the union leadership and the ALP, and many workers angrily resisted the many attacks on them. This story of resistance, from the left and workers' point of view, has not been told in full before. Ross' book, a left wing take on the Accord years, will link the many struggles and the real impact of the Accord on the Australian working class, as well as an analysis of the trade union leadership's role.

Liz Ross has been active in Women's and Gay Liberation and socialist politics since the early 1970s. She is a founder member and now life member of the Australian Lesbian and Gay Archives (ALGA). As a union delegate in the 1980s and 1990s she was involved in and has written extensively about workers struggles. Author of 'Dedication doesn't pay the rent! The 1986 Victorian Nurses Strike' in Sandra Bloodworth and Tom O'Lincoln (eds), Rebel Women in Australian Working Class History; Dare to Struggle, Dare to Win! Builders Labourers Fight Deregistration, 1981-94 and 'Building Unions and Government Reform: the Challenge for Unions' in the Journal of Australian Political Economy. Since the early 2000s she has contributed to the debate about climate change as author of How Capitalism is Destroying the Planet, as well as conference presentations and articles. Liz is the author of Revolution is for us: the left and gay liberation in Australia, reprinted by Interventions in 2019. Her forthcoming book Stuff the Accord! Pay up! Workers' resistance to the ALP-ACTU Accord will be published by Interventions in 2020.