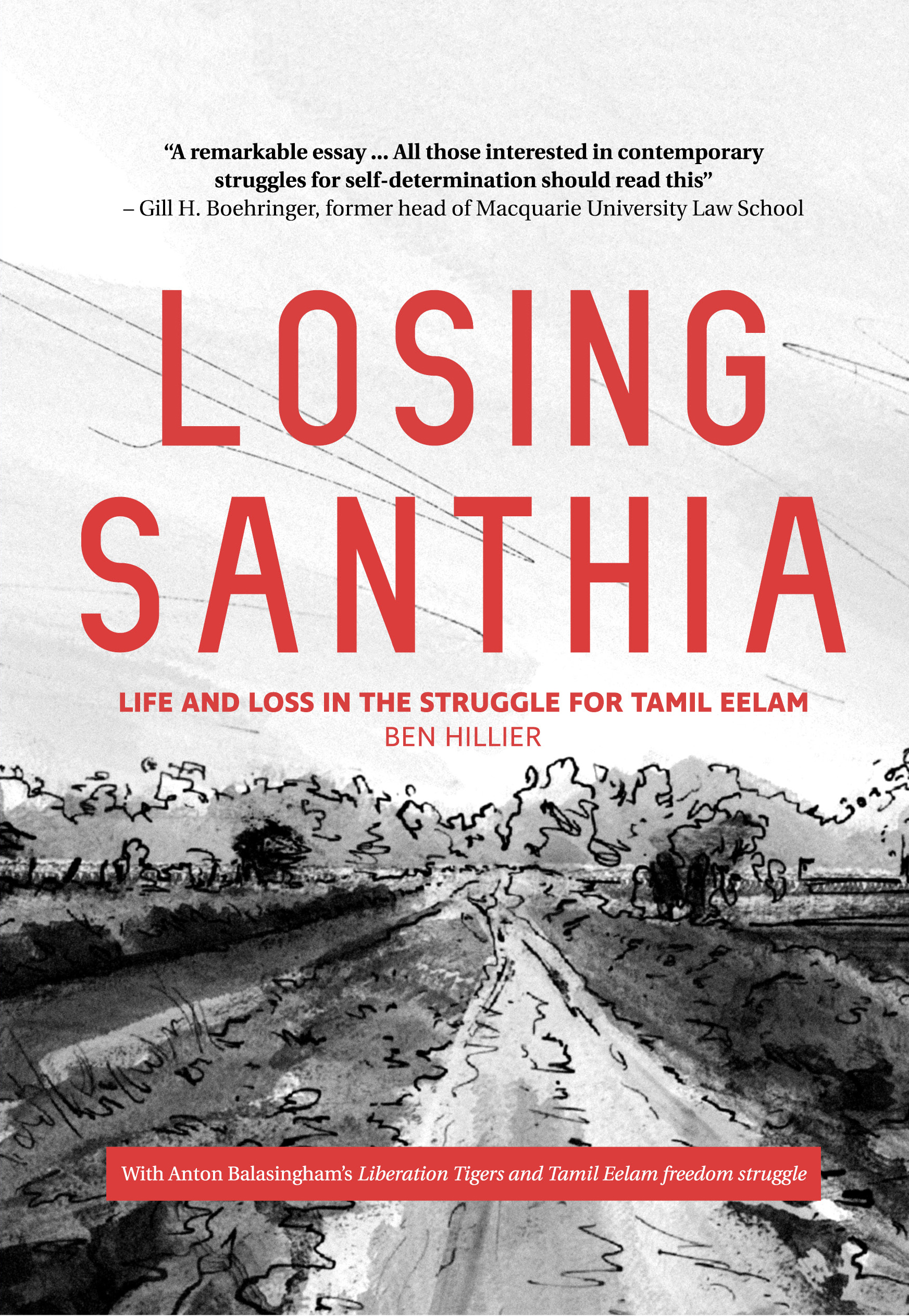 Life and loss in the struggle for Tamil Eelam.

"A remarkable essay... All those interested in contemporary struggles for self-determination should read this"
- Gill H Boehringer, former head of Macquarie University law school.

On a small stretch of sand in north-eastern Sri Lanka 2009, the armed forces slaughtered tens of thousands of Tamils. The Tamil Tigers, who had waged a three-decade-long war of national liberation, were militarily defeated. But some of their ranks survived. Santhia was one. After the war, she and her infant son tried to reach Australia but were stranded in Indonesia. Santhia died in a Jakarta hospital in October 2017 aged just forty-two.

Sponsored by the Tamil Refugee Council, Ben Hillier travelled to Indonesia and Sri Lanka after Santhia's death to piece together her life. In this essay, she appears as an individual expression of a nationals fight for liberation. The essay is paired with a seminal document, Liberation Tigers and Tamil Eelam freedom struggle, written in 1983 by Anton Balasingham on behalf of the Tigers' political committee.

Ben Hillier is an editor of Red Flag and a member of Socialist Alternative in Australia. He is the author of Losing Santhia: Life and loss in the struggle for Tamil Eelam (Interventions 2019).