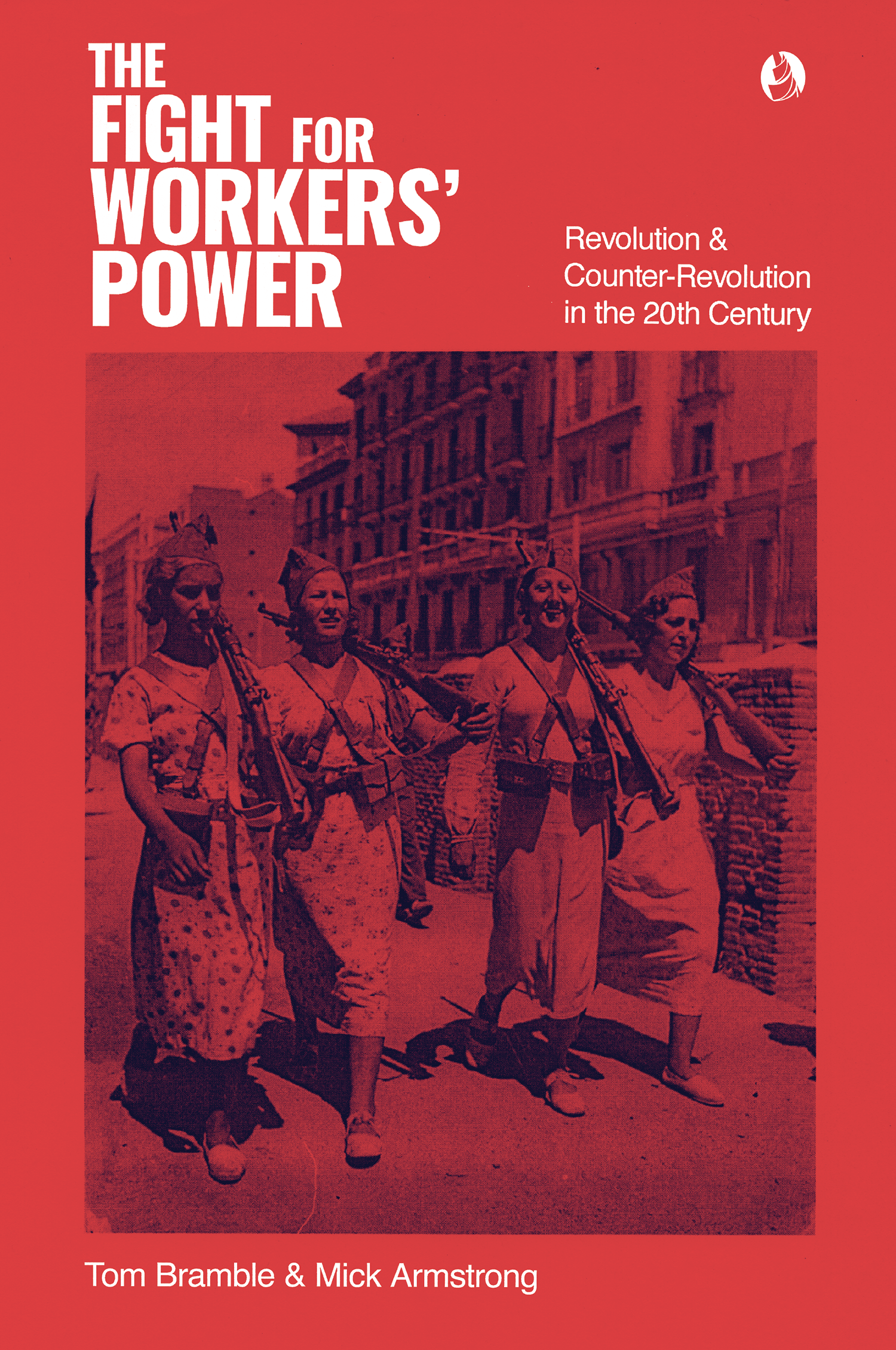 The Fight For Workers' Power

Revolution and counter-revolution in the 20th century

By Tom Bramble and Mick Armstrong

The Russian Revolution of 1917 announced to the world that a new era had dawned. For the first time workers had succeeded in taking power. The fight was now on for the loyalty of the workers' movement internationally - between the established social democratic leaders who had betrayed their followers by backing the imperialist slaughter of World War I and the new communist parties, organised in the Communist International, dedicated to bringing down the capitalist system.

The battle for leadership took place in the context of a massive upsurge of working class struggle where the formation of workers' councils put the question of workers' power on the agenda in country after country. Tragically, the revolutionary wave was defeated and the, now isolated, Russian workers' state was smashed by a rising bureaucracy led by Stalin. The new Russian dictator proceeded to turn the Communist International - formed as a weapon to fight class war against the capitalists - into a counter-revolutionary weapon in the hands of the new ruling class in Moscow. This book tells the story of the rise and fall of the Communist International and the lessons it has for us today.

'This work ...is vast in scope but judiciously focusses on key moments of workers' struggle between 1917 and 1956. ... a guide to activists today, both in terms of theory and practice. ... the authors steer clear of the traps of Stalinism and reformism, remaining true to the essence of revolutionary socialism.'

- Donny Gluckstein
Lecturer in history in Edinburgh, member Socialist Workers' Party (UK) and author of A people's history of the second world war (Pluto Press 2012) and The Nazis, Capitalism and the Working Class (Haymarket 2012).
'We are seeing a global revival of interest in socialism. Like their predecessors, this generation of socialists will try to draw lessons from the history of the struggle against capitalism. The Fight for Workers' Power is an invaluable resource for the education of socialists today.'

- Charlie Post
Member editorial board of Spectre: A Marxist Journal and Tempest, a US based revolutionary socialist collective.
'These stories of past revolutions are not only exciting and inspiring. They also point the way to successful socialist revolution in our time.'

Tom Bramble has written extensively on the politics of the workers' movement in Australia and internationally. His books include Introducing Marxism: A Theory of Social Change (2015) and Trade Unionism in Australia: A History from Flood to Ebb Tide (2008). He is a founding member of Socialist Alternative, a life member of the Australian university staff union and has been active in a wide range of social and political movements in Britain and Australia since the 1970s.

Mick Armstrong has been a socialist political activist and organiser in Australia since the early 1970s. He writes regularly for the Marxist Left Review and Red Flag newspaper and is author of a range of books and pamphlets, including From Little Things Big Things Grow: Strategies for Building Revolutionary Socialist Organisations (2007). Mick is a founding member of Socialist Alternative.