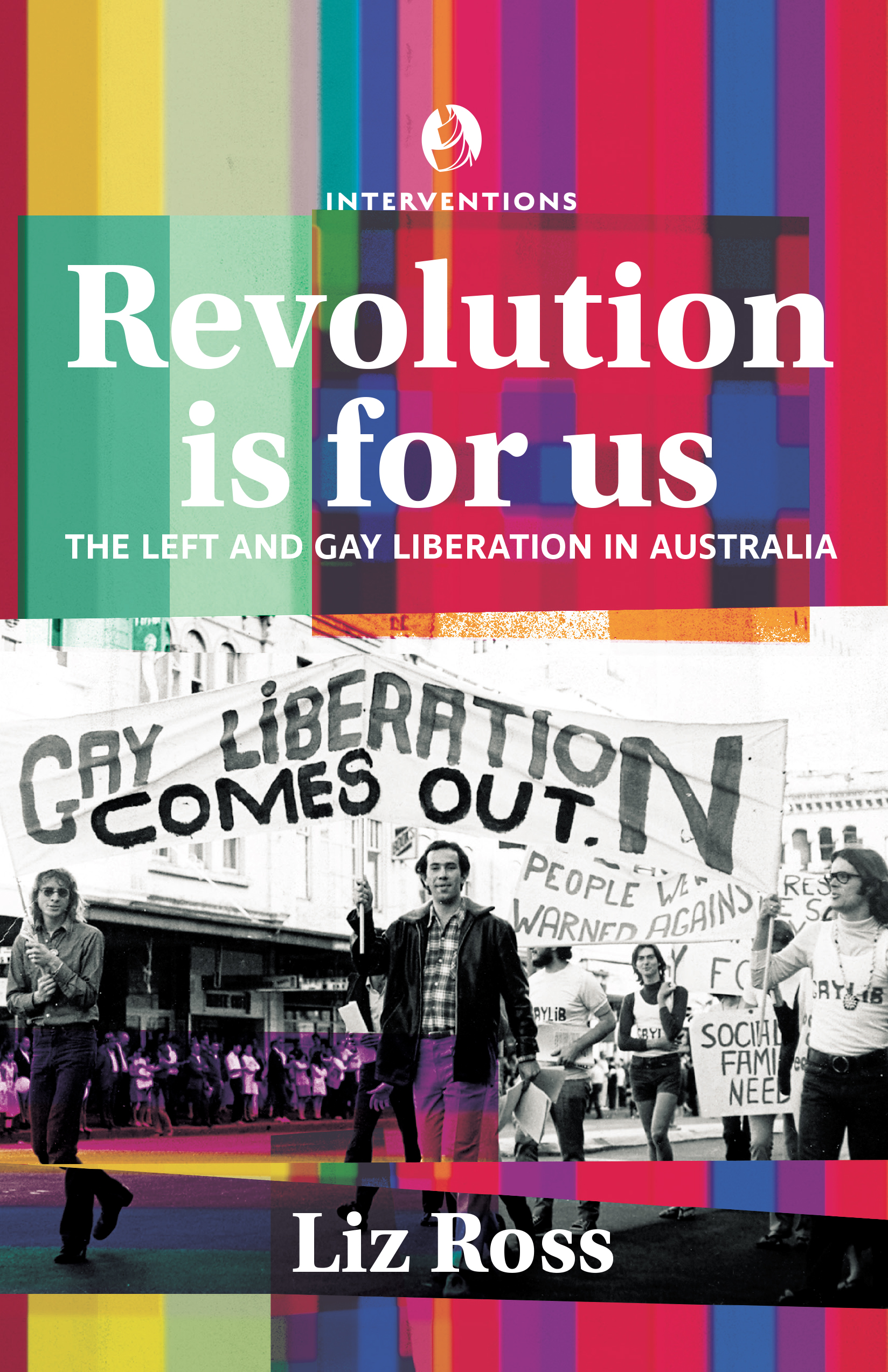 Revolution is for us

The left and gay liberation in Australia

'The homosexual is essential to the sexual revolution; there can be no revolution, no liberation, without us.'

Australia's Gay Liberation movement arose at a time when revolution was in the air and gays wanted to be part of it. It was the Left which had a theory and practice of revolution - Marxism. But it is often asserted that the Left was backward and even hostile, that Marxism had no tradition of dealing with sexual oppression. This book challenges those claims and shows that the Left - and the working class - was involved in the earliest gay rights movements and was integral to the new Gay Liberation Movement. It also refutes the claim that the Left has no intellectual tools to explain the oppression of women and gays. The book uncovers the rich history of the Left and Gay Liberation in Australia, an inspiration for activists today.

Liz Ross has been active in Women's and Gay Liberation and socialist politics since the early 1970s. She is a founder member and now life member of the Australian Lesbian and Gay Archives (ALGA). As a union delegate in the 1980s and 1990s she was involved in and has written extensively about workers struggles. Author of 'Dedication doesn't pay the rent! The 1986 Victorian Nurses Strike' in Sandra Bloodworth and Tom O'Lincoln (eds), Rebel Women in Australian Working Class History; Dare to Struggle, Dare to Win! Builders Labourers Fight Deregistration, 1981-94 and 'Building Unions and Government Reform: the Challenge for Unions' in the Journal of Australian Political Economy. Since the early 2000s she has contributed to the debate about climate change as author of How Capitalism is Destroying the Planet, as well as conference presentations and articles. Liz is the author of Revolution is for us: the left and gay liberation in Australia, reprinted by Interventions in 2019. Her forthcoming book Stuff the Accord! Pay up! Workers' resistance to the ALP-ACTU Accord will be published by Interventions in 2020.