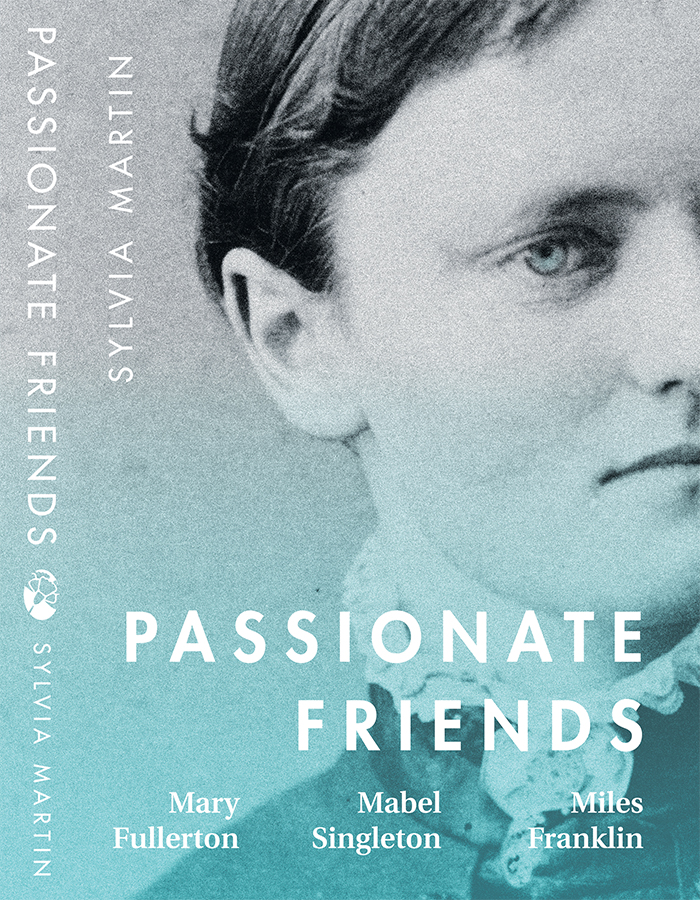 'A fascinating portrait of friendship, love, desire, politics and art - and the blurry, shape-shifting lines between them. I relished this book, rich in scholarship and full of heart'.
Clare Wright, author The Forgotten Rebels of Eureka and You Daughters of Freedom

'What a story of it could be told' - wrote Mabel Singleton to Miles Franklin late in life, yet she could not bring herself to tell anything of the life she shared with Mary Fullerton, author and poet. Sylvia Martin is a delightfully engaging storyteller, weaving narration, quotation and intellectual acumen with an easy, warm style. We learn, we feel, we question.'
Sara Hardy, author A Secretive Life

Mary Fullerton (1868 - 1946) and Mabel Singleton (1877 - 1965) met in Melbourne as suffrage and peach activists in Vida Goldstein's Women's Political Association. They remained together for 35 years as loving friends, raising Mabel's son born in 1911. Through her literary friendship with Miles Franklin (1879 - 1954), Mary Fullerton's last two volumes of poetry were published in the 1940s.

Rescued from near destruction, a box of Mary's manuscripts eventually made its way to the Mitchell Library. It contained poems she never sent to Mabel. These poignant poems trace a love story that sheds light on how women of the early twentieth century may have understood their love for each other.

Sylvia Martin is the author of three biographies of women neglected in Australian literary and cultural history. Ida Leeson: A Life was awarded the 2008 Magarey Medal for Biography. Her memoir Sky Swimming: Reflections on Auto/biography, People and Place was published in 2020. She is the author of Passionate Friends: Mary Fullerton, Mabel Singleton and Miles Franklin published by Interventions in 2021.