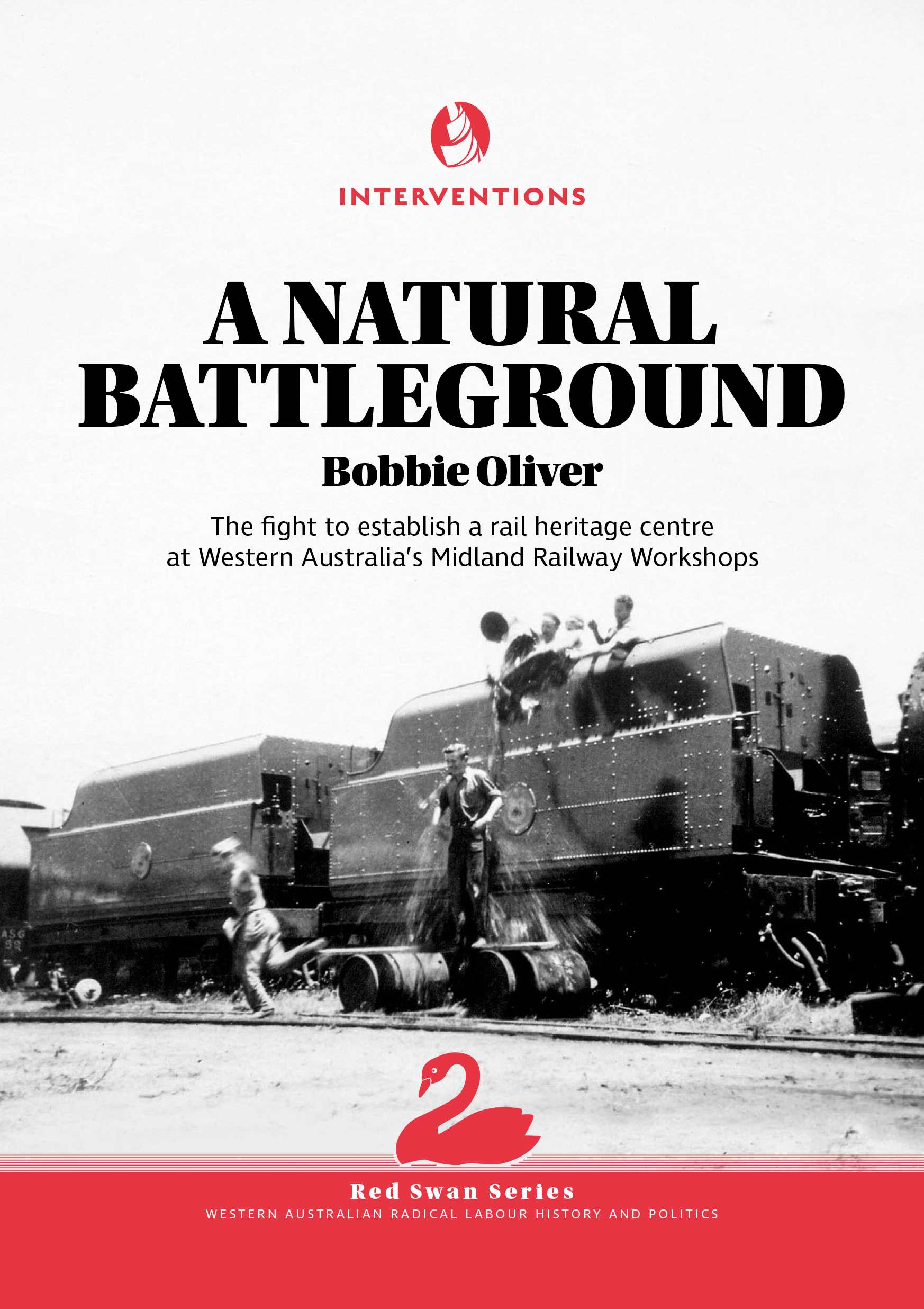 "Often those in power would prefer us to forget yester-year's struggles, the easier to mould to-morrow to their interests."
Colin Divall
Emeritus Professor of Railway Studies
University of York, UK

When the Government Railway Workshops at Midland closed in 1994, Western Australia lost a major employer of skilled trades-people and much of its heavy industry. Workers feared their history of shopfloor struggles and union action would also be lost. Despite talk of a 'proud history' and an 'exciting future', the development authorities have done little. This is the story of the fight to save the buildings from demolition and create a rail heritage centre. The first was achieved, the second is merely a hope. As the author says, 'Somewhere in these buildings.there must be space to tell the whole story of what happened here, including what happened to those workers.' Whether you are interested in the history of workers' struggles, heritage or railways this book will engage and inspire you.

Bobbie Oliver is an Honorary Research Fellow at The University of Western Australia. Prior to retiring in 2018, she was Associate Professor of History at Curtin University. She has published two books with Interventions in 2019. She is the author of A Natural Battleground: The fight to establish a rail heritage centre at Western Australia's Midland Railway Workshops and is co-editor of and contributor to Radical Perth Militant Fremantle.