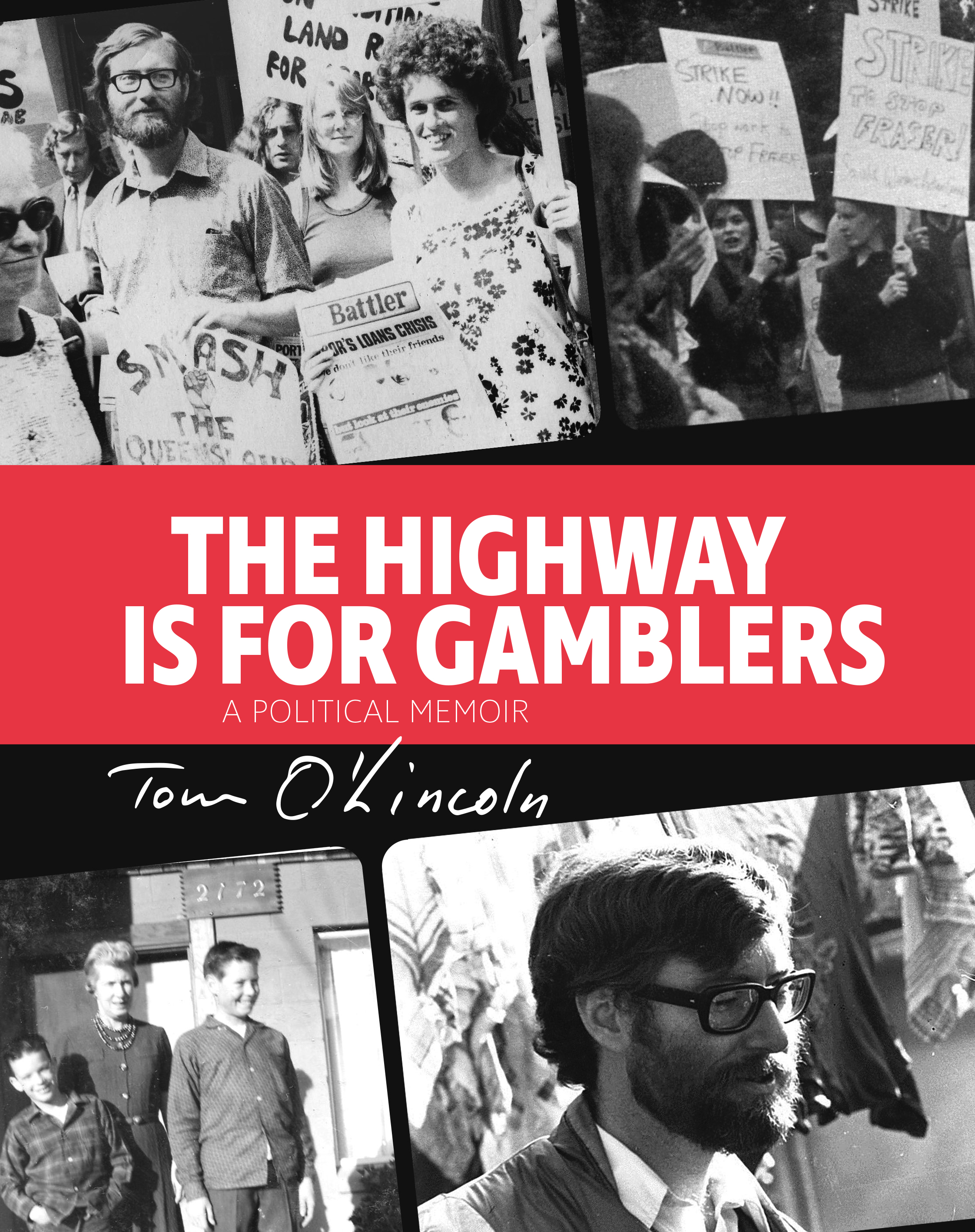 The Highway is for Gamblers: A political memoir

Tom O'Lincoln's moving political memoir is a testament to a life worth living, in the ranks of those fighting for human liberation. Tom became politicised in the turbulent 1960s and spent decades writing, organising and travelling in a lifelong effort to renew a creative tradition of Marxism in Australia and abroad.

Everyone's story is an interesting whole in its own right, and this book is what Tom has made of his - but it also captures the rich political history of the past six decades. The German student movement, Berkeley radicalism, the Whitlam sacking, the Portuguese and Nicaraguan Revolutions, the Lebanese civil war, dissidence in the Eastern bloc, labour struggles in South Korea, the fall of Suharto - many such episodes are told as eyewitness accounts, amid Tom's reflections on building the International Socialist tradition in Australia. This account of the hands-on building of the Australian radical left, alongside momentous historical global events, is written with a pen that burns with indignation against oppression. Importantly, this is not a nostalgic memoir of reminiscence, but rather an insight for the activists of tomorrow who hope to change the world.